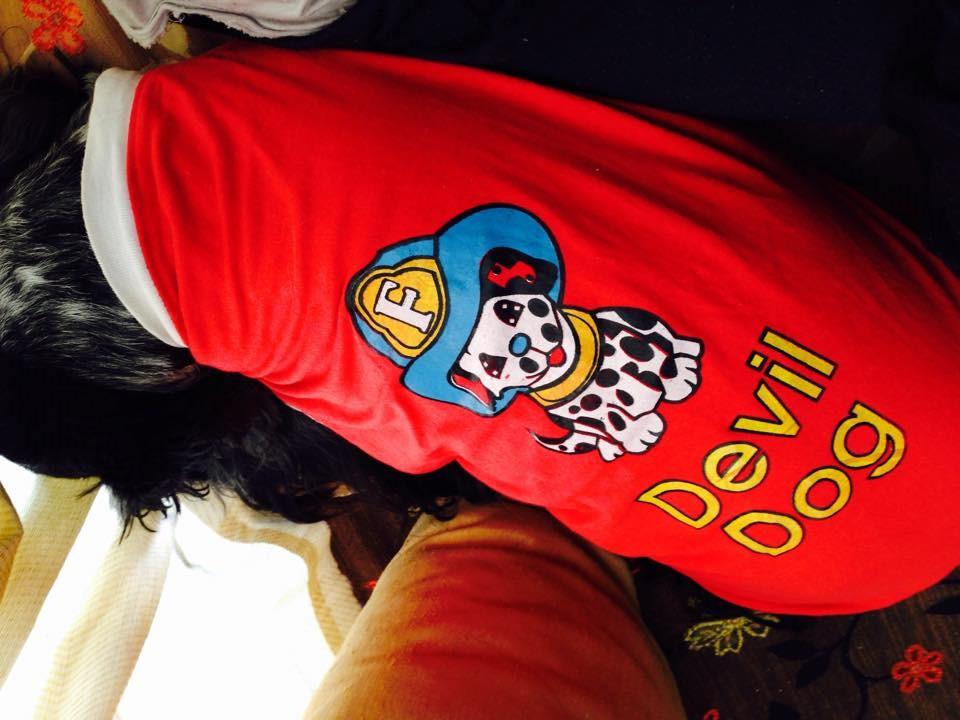 There is a reason I cry like a baby each time that I watch Marley and Me. Besides the fact that it is the all-time best dog movie ever made, it is a reminder of the devil dog that we own ourselves- Afro.

Many of our family, friends and neighbours could vouch for how Afro could be considered the worst dog in the world. From chewing on everything edible to non-edible, peeing on our friend’s dog, getting his head stuck in the dustbin lid while trying to eat garbage to breaking most glassware we had at home- there is nothing that he hasn’t checked off his list! (At least so I hope)

I still remember 13 Years back, when we had decided to adopt him into our family. He was the last litter and hence the weakest and no one wanted to take him home. My sister and I decided to because he was the only one of the pups who was desperately trying to reach out to us from the cage bed they were all kept in. I wonder if the vendor lied to us because there isn’t a single second he rests during the day, he’s constantly sniffing around for God knows what! Most of the time, it’s food he’s looking for though. Food for him can range from a varied list of items such as tissue paper, eye drop bottle, capsules, batteries, eye shadow, so on and so forth.

Last month, I got a Root Canal Treatment done. The dentist had given me a temporary pop cap till the time the final one got ready. I was eating hence had taken it off and securely kept it wrapped in a tissue on the table. Afro ate that too and by the outcome of it, digested it well. As long as it is in our mouth whatever that may be, becomes his ultimate goal to retrieve and gulp down his throat.

We can’t have a conversation at home without constantly making him feel like he’s a part of it or else he starts sulking- yes, he has absolutely no sense of giving space.

I also don’t think any dog dreams as much as Afro. We have woken up in the middle of the night to his shrieks only to realise that he is probably fighting with someone in his dream. Many a time, he would wake up from his dream, look at us like something is wrong with us and go back to sleep in a second. And let’s not get into how loudly he snores.

He’s an absolute trouble maker of sorts (always been) but nothing beats when he comes running to the door and jumps at my sister and me when we return back home, or the way he snuggles up at my feet when I have had a bad day at work. The truth is, he never has good or bad days- his days are aligned to my sister and me, if we are sad he is as well and vice versa. Now where does one find another person so lovable! Yes, he is our own version of a devil but also our guardian angel, watching out for us all the time and that’s what makes him family.

There’s so much to write about this little monster I could possibly go on and on, but for now I end with this quote- “If you’re lucky, a dog will come into your life, steal your heart and change everything!”